July 23, 2010, Vivian, South Dakota severe supercell thunderstorm, which produced the world record hailstone (20 cm in diameter!) reached a maximum height of 17 km! This is all the more remarkable, since this storm was far from the tropics, with the tropopause at a lower altitude, indicating an exceptionally strong updraft. 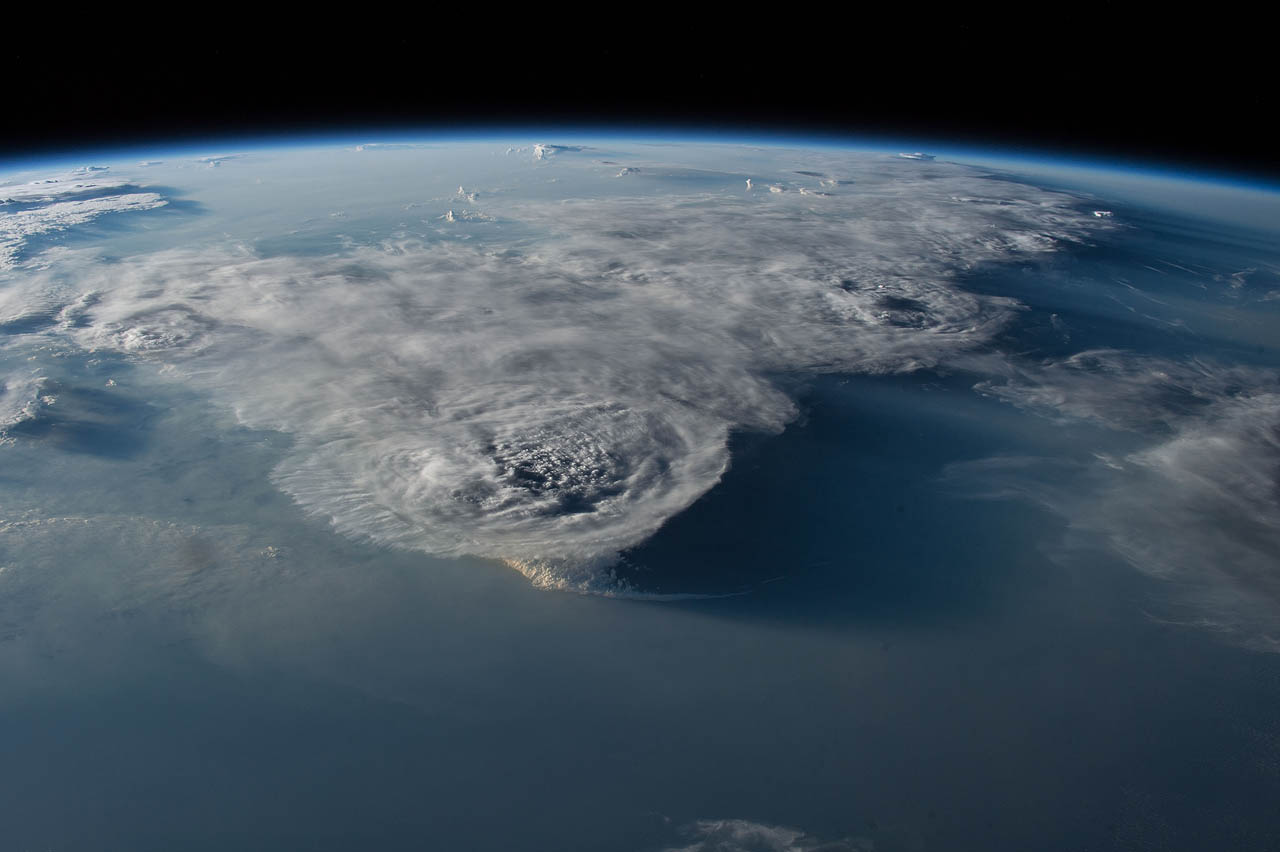 View of thunderstorms from space. Image by NASA

Recently, on May 26, 2016, a severe supercell thunderstorm on the Mexico-USA (Texas) border was measured at 20.7 km peak height; the storm was so intense it produced lightning up to 95 km from its core!

Keep in mind that the average cruising altitude of commercial airplanes is 11-12 km, so these thunderstorms are up to twice as high as you would normally go on your flights!