The cryosphere is a fundamental and integral part of the climate system with important linkage and feedbacks with the major components of the Earth System. Here we present the general concept. 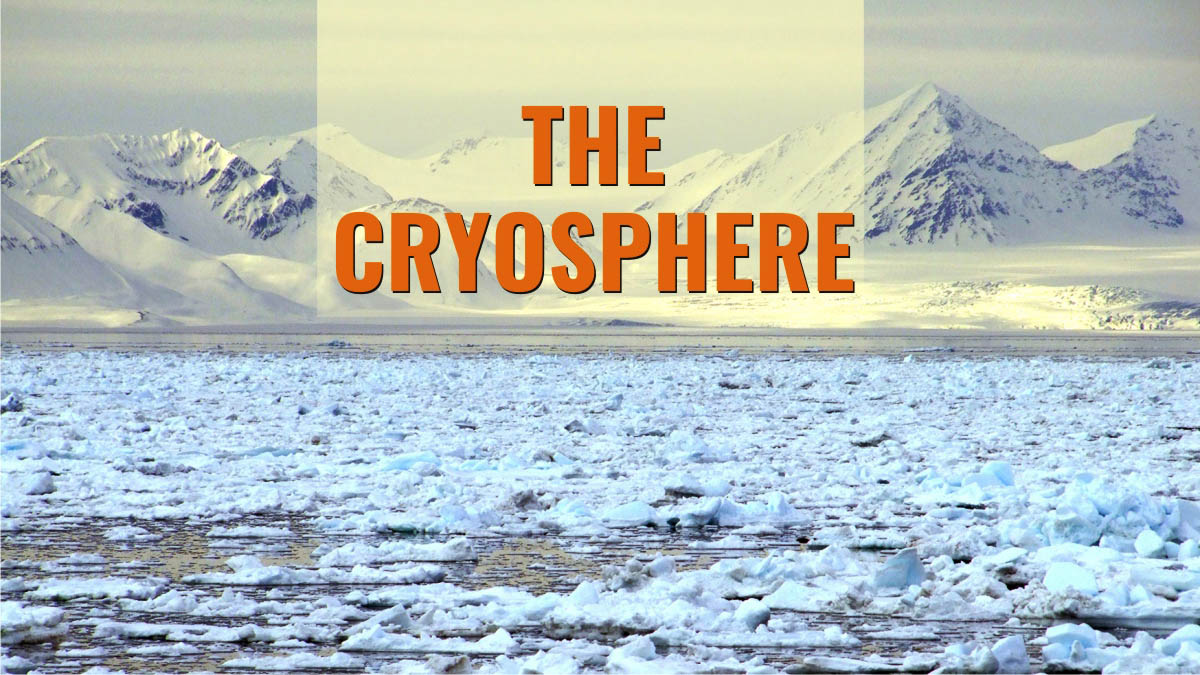 The term cryosphere derives from the Greek word kryo, i.e. cold, and collectively describes the portion of the Earth system at and below the land and ocean surface where water is in its frozen state. The cryosphere includes snow cover, glaciers, ice sheets and shelves, freshwater ice (lakes and rivers), sea ice, icebergs, permafrost, and seasonally frozen ground. In a wider definition, increasingly relevant today, the cryosphere includes also planetary and other forms of ices of the solar system and beyond.

The origin of the term cryosphere has been traced to the Polish scientist A.B. Dobrowolski which used it in his 1923 book on “The Natural History of Ice – Historia Naturalna Lodu“, written in Polish. After him, Shumskii in 1964 and Reinwarth and Stäblein in 1972 elaborated the usage of this term. 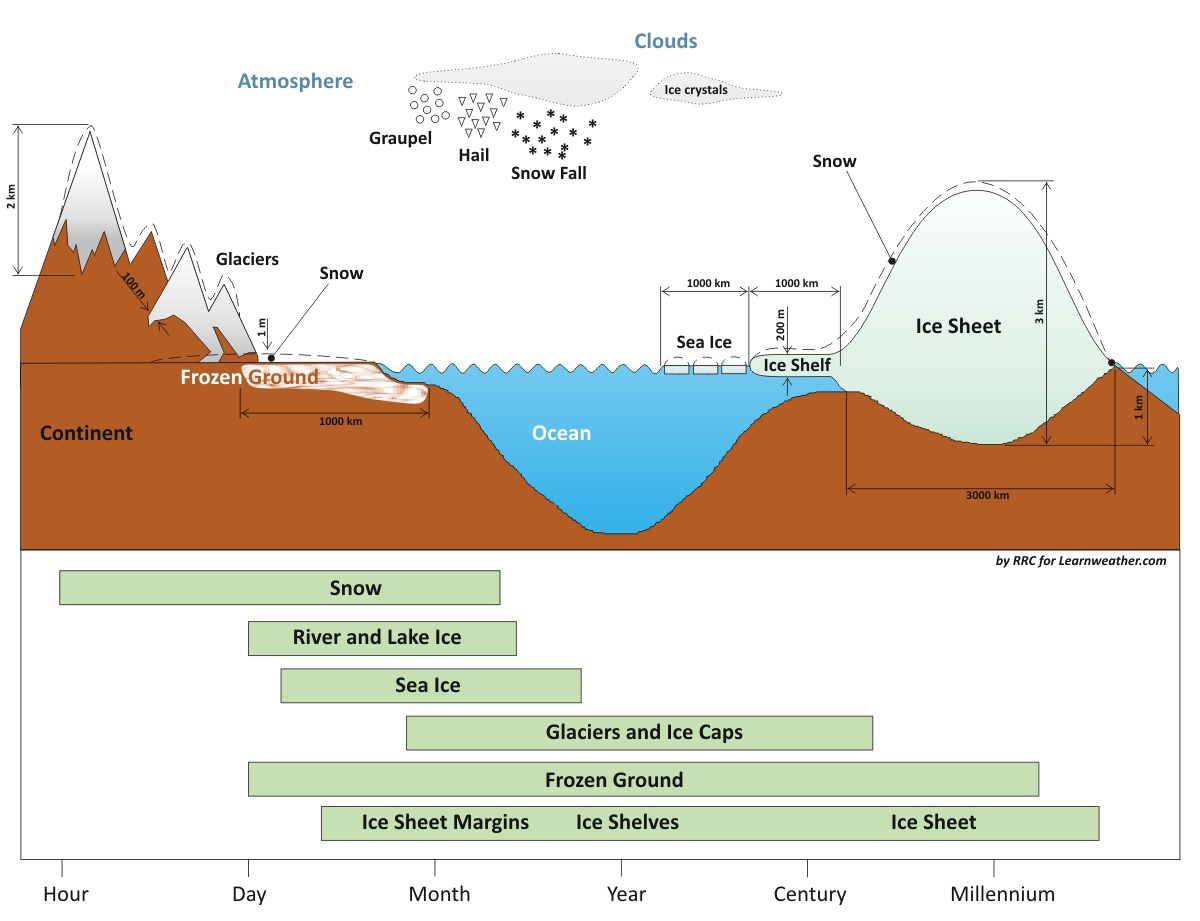 Components of the Cryosphere and their time scales. Redrawn after IPCC – AR4 WGI Chapter 4: Observations: Changes in Snow, Ice and Frozen Ground

The cryosphere is a very sensitive and integral component of the global climate system. It constantly grows and shrinks mainly in response to changes in summer temperature, snowfalls, snow-ice albedo. Furthermore, it has important linkages and feedbacks with the atmosphere and hydrosphere generated through its effects on surface energy and on moisture fluxes. Mass and energy are constantly exchanged also with the other major components of the Earth system such as the biosphere and lithosphere.

As such, the cryosphere affects atmospheric processes such as clouds and precipitation, and surface hydrology through changes in the amount of fresh water on lands and oceans. It locks up freshwater on continental ice masses when it freezes, and releases a large amount of it when snow or ice melts. The latter affects thermohaline oceanic circulation. In the table below we reported from the IPCC Special Report on the Ocean and Cryosphere (2019) all the cryospheric components and sea-level equivalent from different sources. 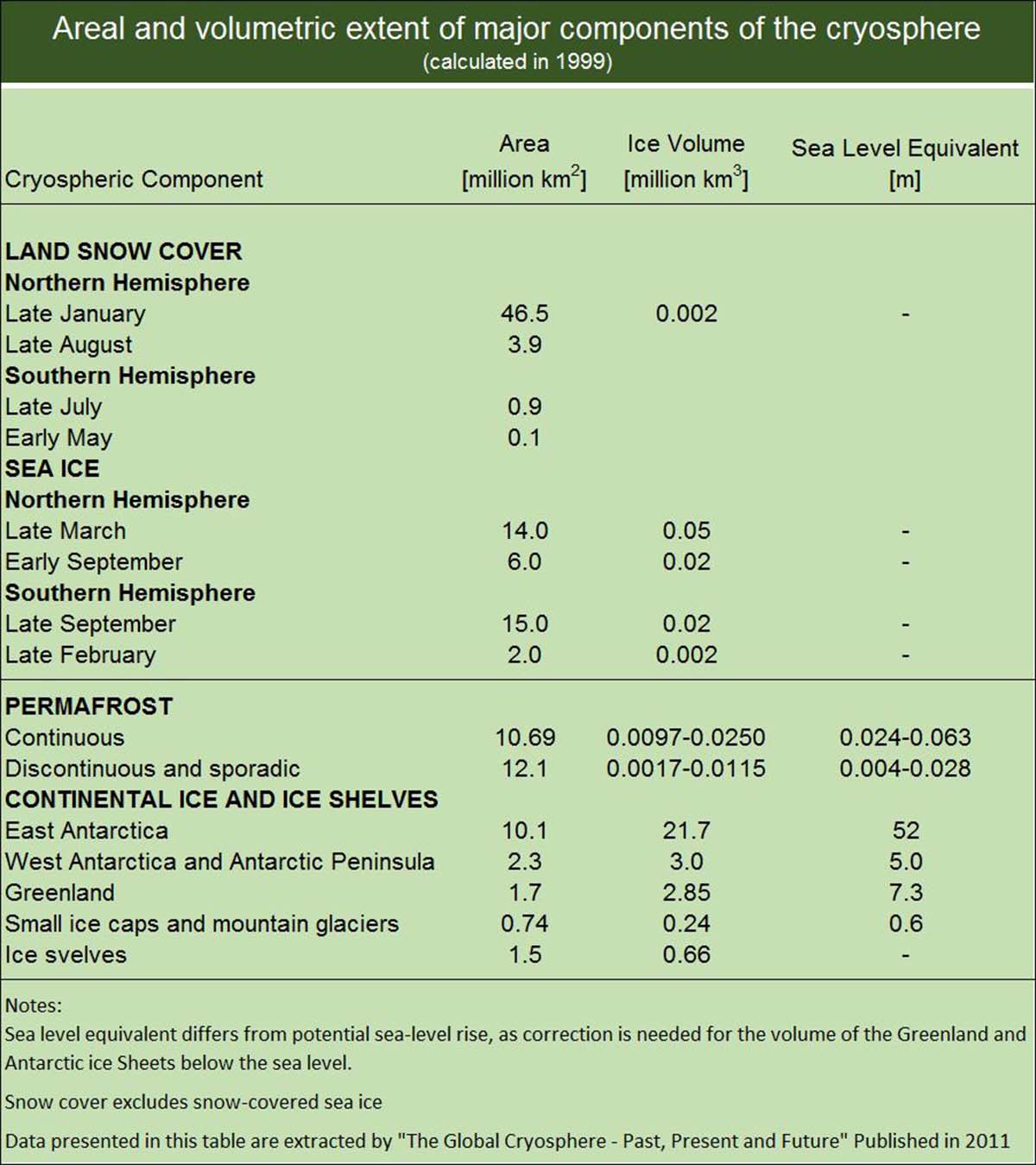 Table of cryospheric components and sea level equivalent from different sources (The Global Cryosphere 2011; IPCC Special Report on the Ocean and Cryosphere in a Changing Climate, 2019)

Around 10% of Earth’s land area is covered by glaciers or ice sheets. Ice sheets are the greatest potential source of fresh water, holding approximately 77% of the global total. Only a very small fraction (0.5%) lies in ice caps and glaciers outside Antarctica and Greenland both counting for about 64 m of sea-level equivalent. Antarctica accounts for 90% of this (57 m) and Greenland almost 10% (7.3 m).

The cryosphere has both seasonally varying features and more permanent components. Mean snow cover extent in the Northern Hemisphere ranges from ~ 46 million km² in January to 3.8 million km² in September having the second largest extent of any component of the cryosphere with a mean annual of approximately 26 million km². 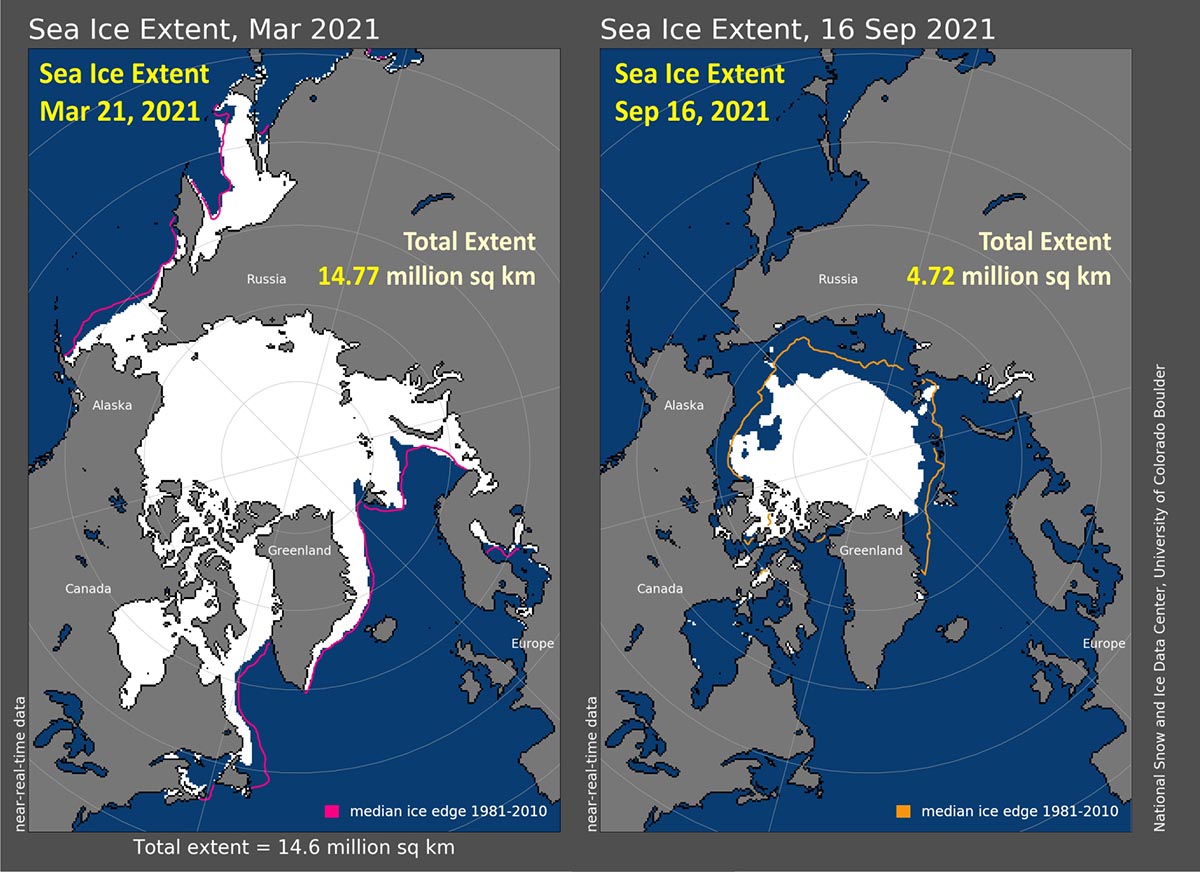 INTERACTIONS BETWEEN CRYOSPHERE AND THE CLIMATE SYSTEM

Interactions between the cryosphere and the climate system operate mainly through five mechanisms:

The main issues linked to the shrinking cryosphere due to present Global Warming are related to sea-level rise, mountain hazards, and permafrost thawing, particularly in polar regions. Moreover, on a regional scale, many glaciers and ice caps play a crucial role in freshwater availability.

Changes in the ice mass on land have already contributed to recent changes in sea level of approximately 20 cm in the last century. During the last glacial maximum, about 21,000 years ago, the sea level was about 125 meters (about 410 feet) lower than it is today. This happened because colder conditions globally 5-7 °C lower than present days, stored snow and ice on land subtracting it from the oceans. 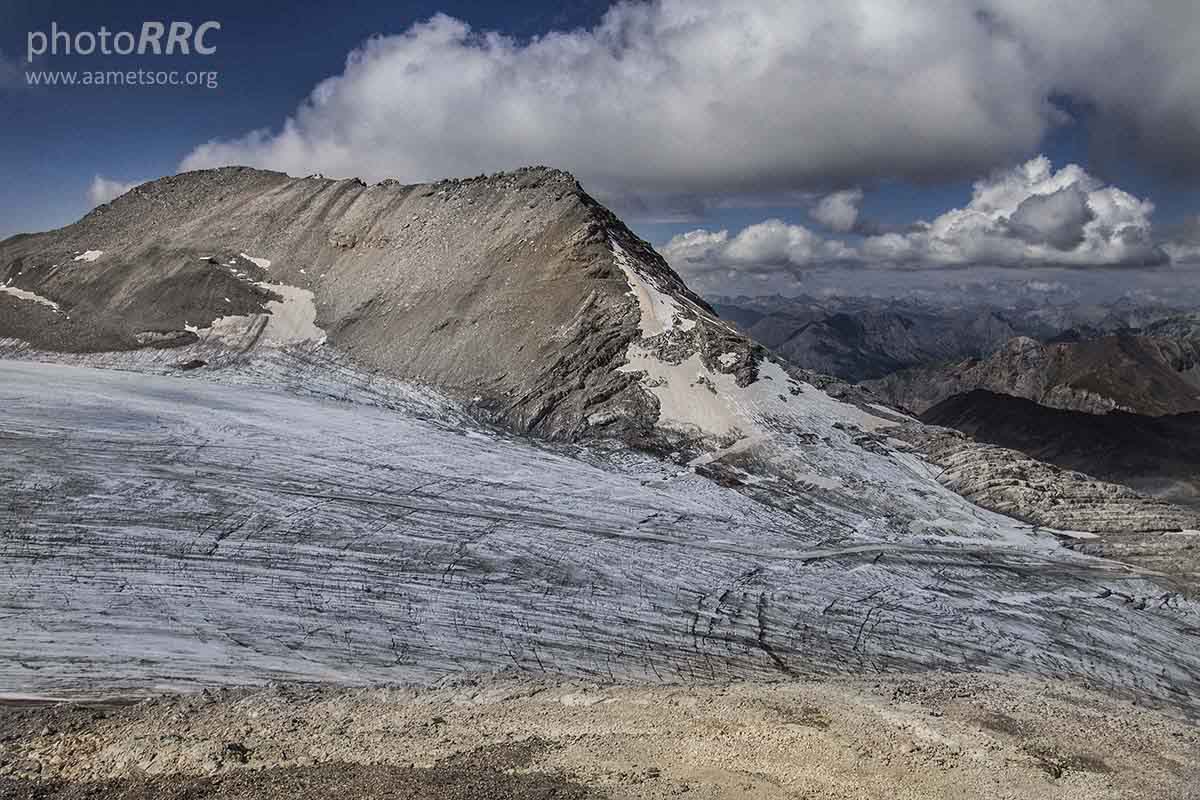 Change in ice-albedo due to dust, fine debris, black carbon has a strong effect in alpine glaciers varying the ratio between reflected and absorbed solar radiation. Glacier of Vedretta Piana – Eberferner. Photo by Renato R. Colucci

The projected responses of the cryosphere to current and past human-induced greenhouse gas emissions and ongoing global warming include climate feedbacks, changes over decades to millennia that cannot be avoided, thresholds of abrupt change, and irreversibility. Moreover, human communities in close connection with coastal environments, small islands, polar areas, and high mountains are particularly exposed to cryosphere change.

Many of these aspects will be discussed in this Cryosphere section.

Below are three examples of Arctic, Antarctic, and Alpine cryosphere. We will treat all these aspects separately and in detail when talking about glaciers, ice sheets, and ice shelves. More, all the aspects of water in its frozen state will be discussed, starting from ice crystals in the highest tropospheric clouds to the ‘hidden’ ice in the ground in form of permafrost deposits as well as ice in caves. Last but not least, we’ll be talking about the different forms of the cryosphere in the solar system. 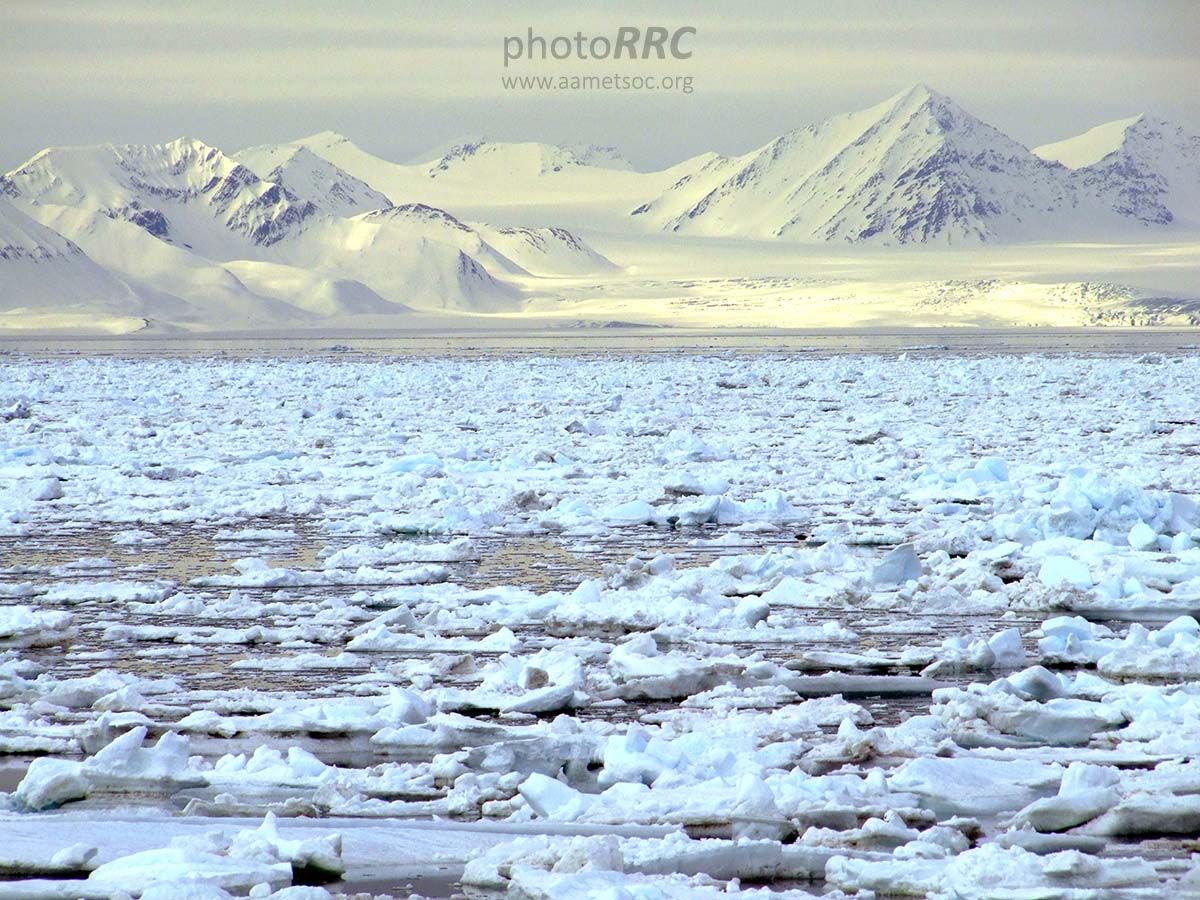 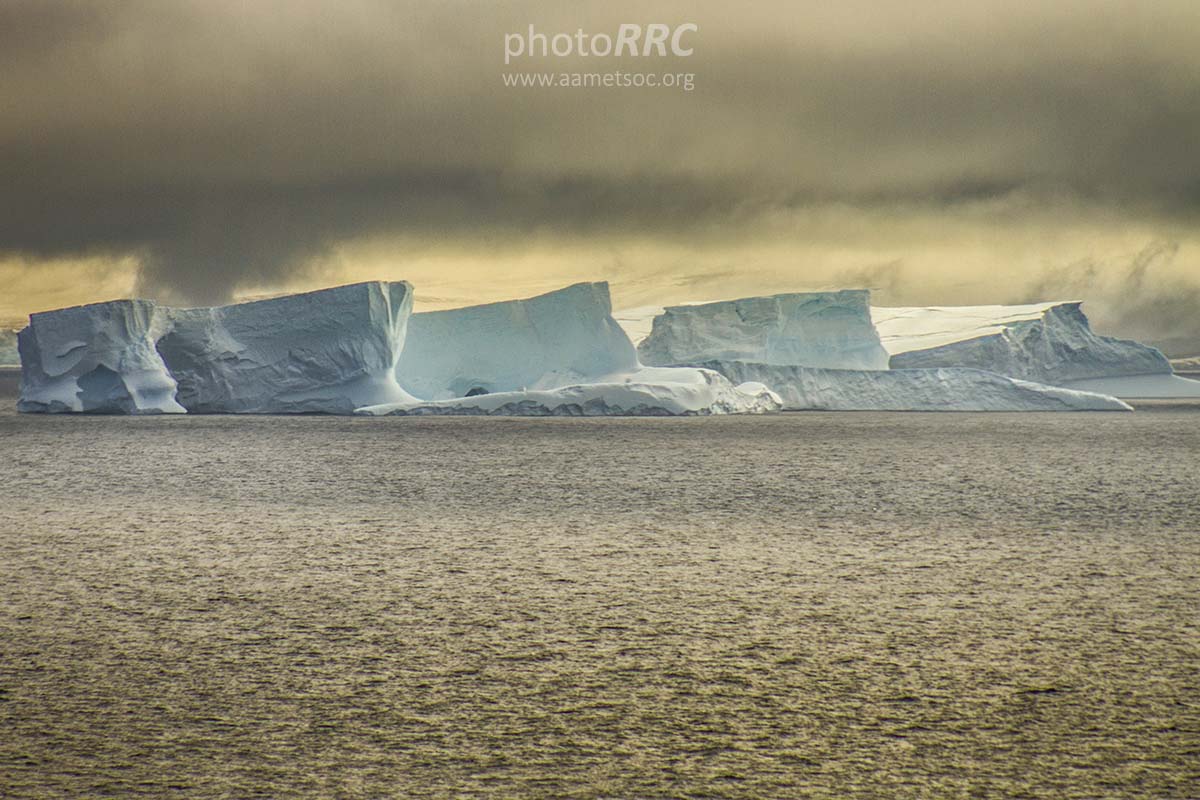 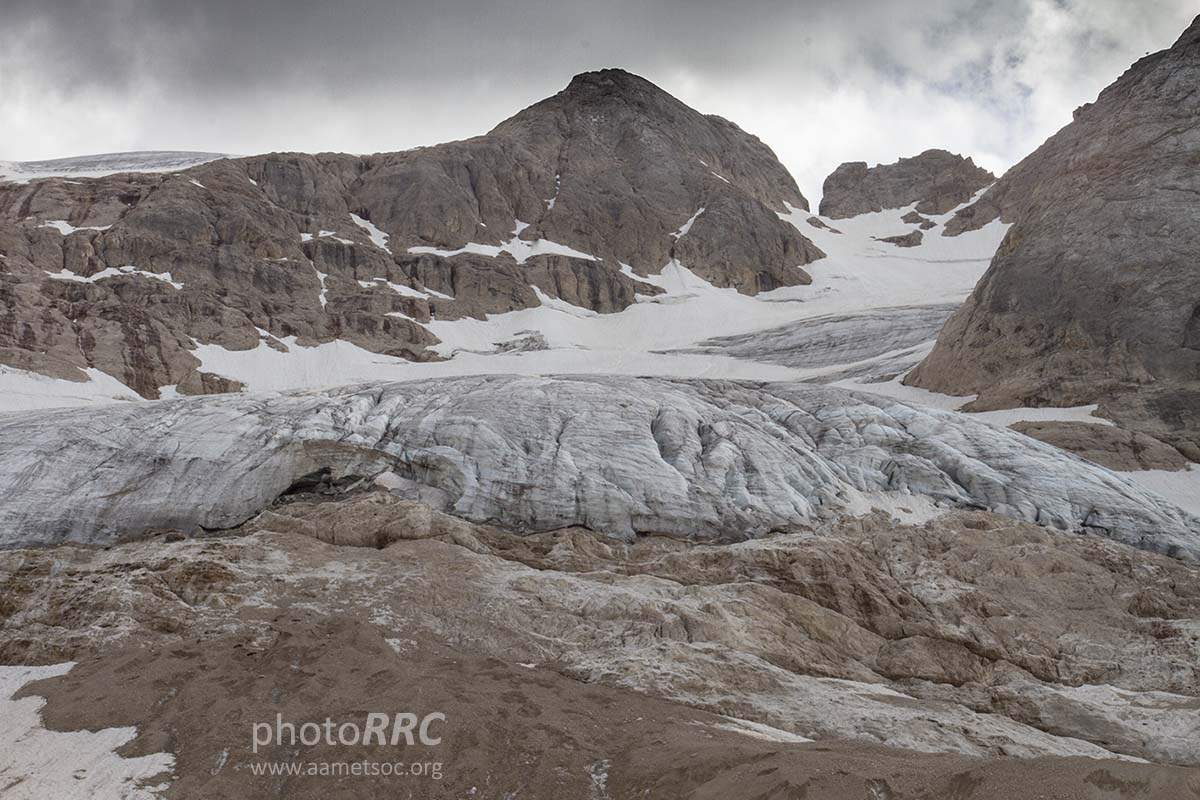 The terminus of Marmolada glacier (western tongue) in the italian Dolomites at the end of Summer 2018. Photo by Renato R. Colucci 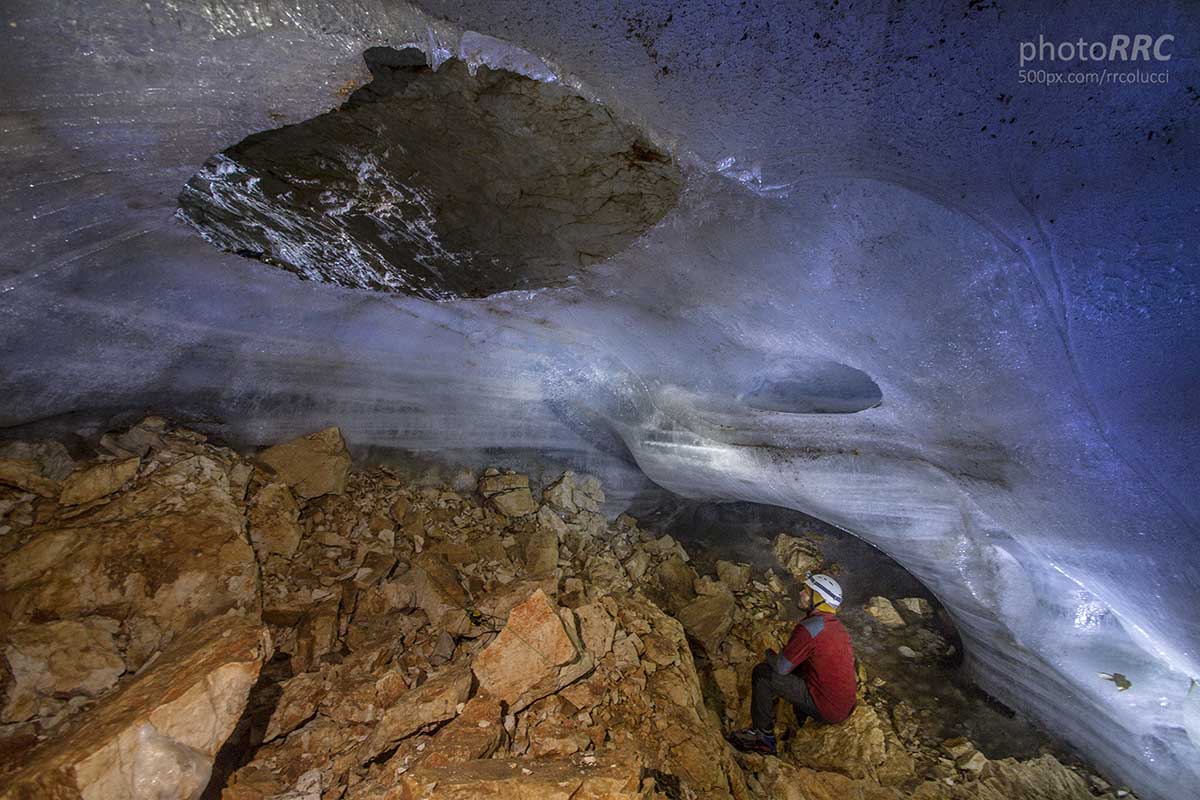 A permanent Ice deposit in a cave of the South East Alps in Italy. Photo by Renato R. Colucci 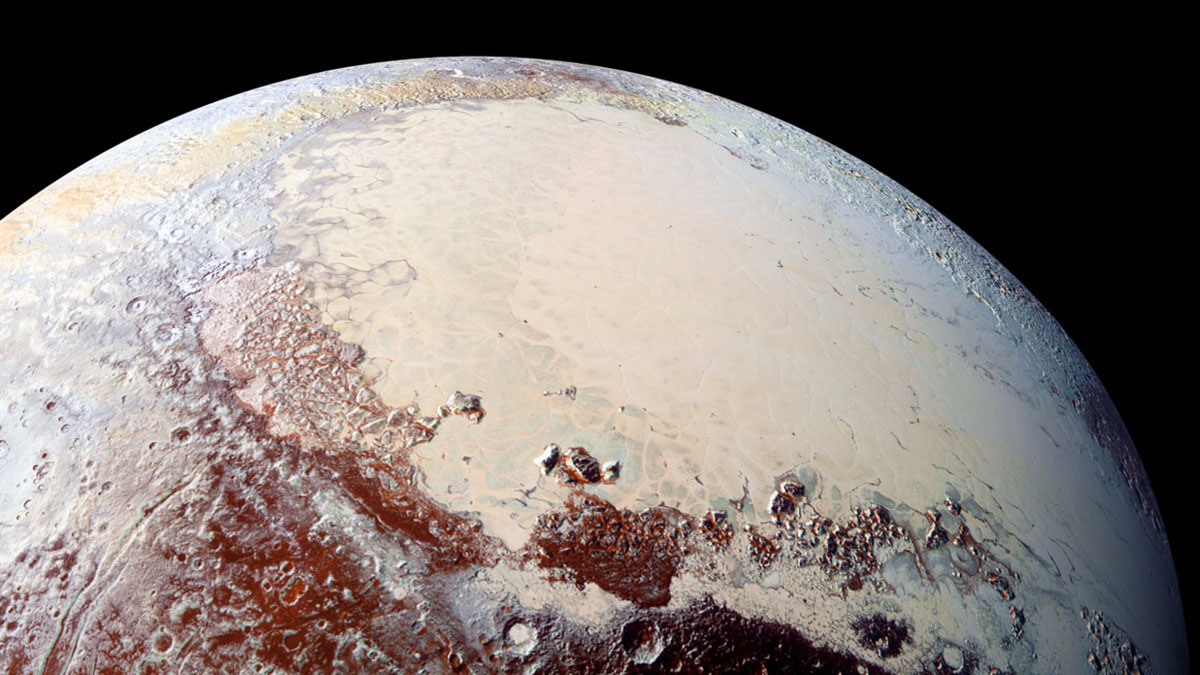