A back-sheared anvil is the expression for a cumulonimbus anvil that spreads against (upwind) into relatively strong winds (jet stream) aloft.

As the anvil is forming, it is under the influence of upper-level winds. Typically as you go higher in the troposphere, winds increase. Under stable conditions with high pressure, winds in the upper part of the troposphere can be very weak, below 10 km/h.

However, under more unstable conditions when a jetstream may be present aloft, wind speeds can exceed 200-250 km/h. The strength of upper-level winds strongly influences the form of the anvil. We take a look at how.

In an unstable environment with little or no wind shear, the updraft will move vertically and spread evenly (radially) as it hits the equilibrium level. 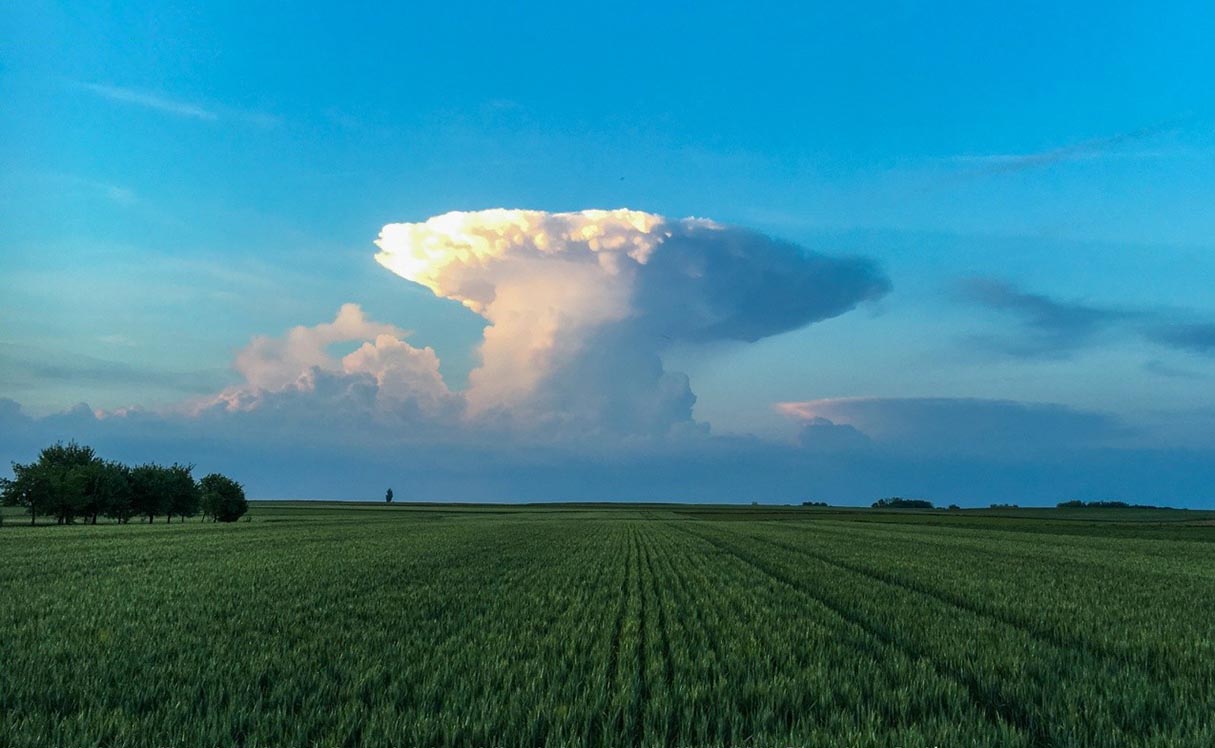 Cumulonimbus capillatus incus over the plains of eastern Croatia. Virtually no wind shear: the updraft is vertical, no tilt. The anvil is spreading virtually evenly in all directions. Note another anvil in the distance to the lower right. Photo: Anton Papić. 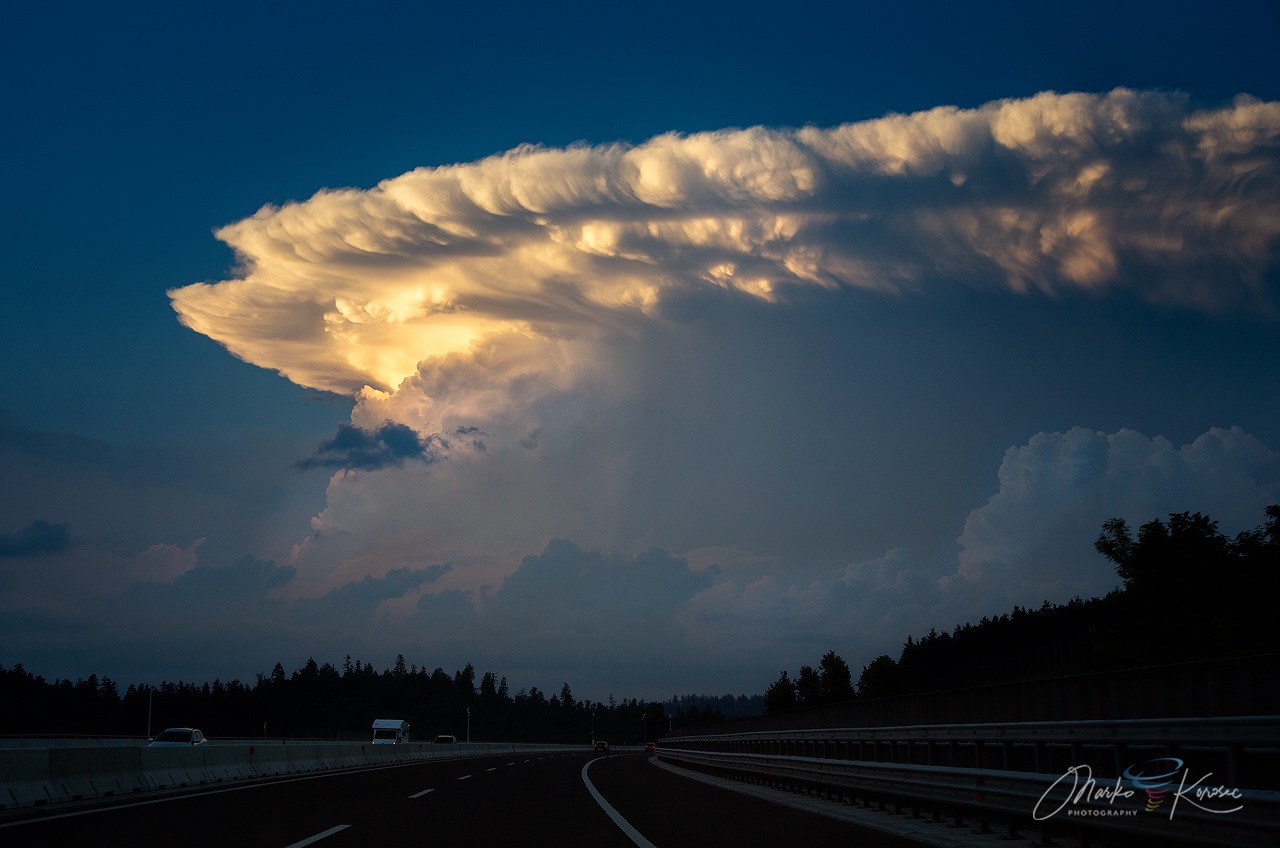 The stronger the updraft, the further upwind it can extend (in the same upper-level wind). Typically, the leading edge of such an anvil will be sharp and thick. This is called a back-sheared anvil, it is often indicative of a very strong updraft and a severe thunderstorm. 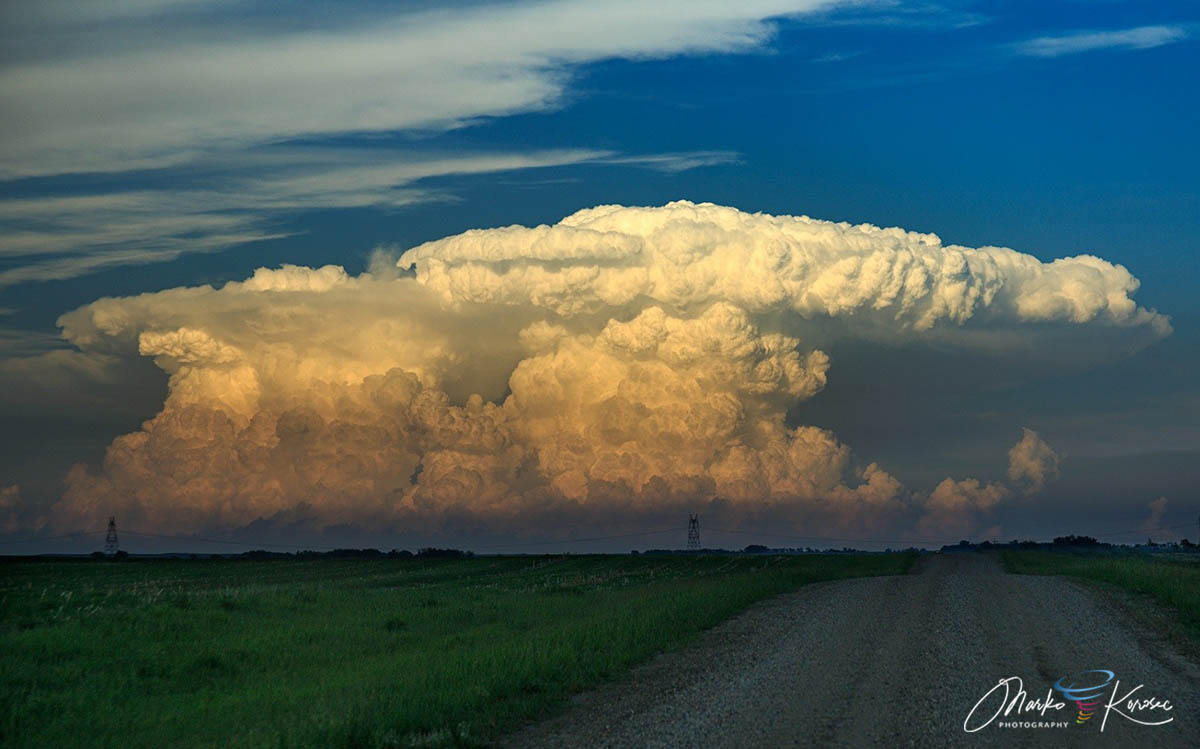 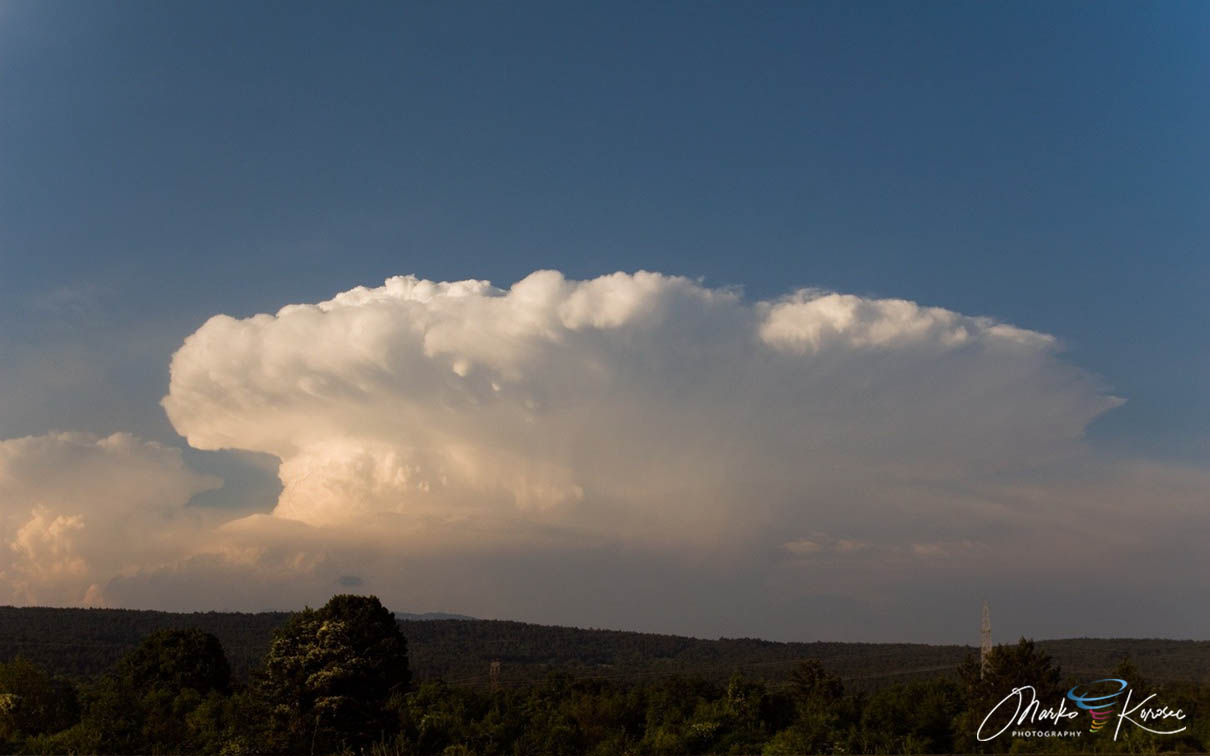 When wind shear and upper-level winds are very strong, the anvil becomes very elongated. There is not enough forward momentum for a strong leading edge to build (i.e. a back-sheared anvil) and the anvil extends only downwind. 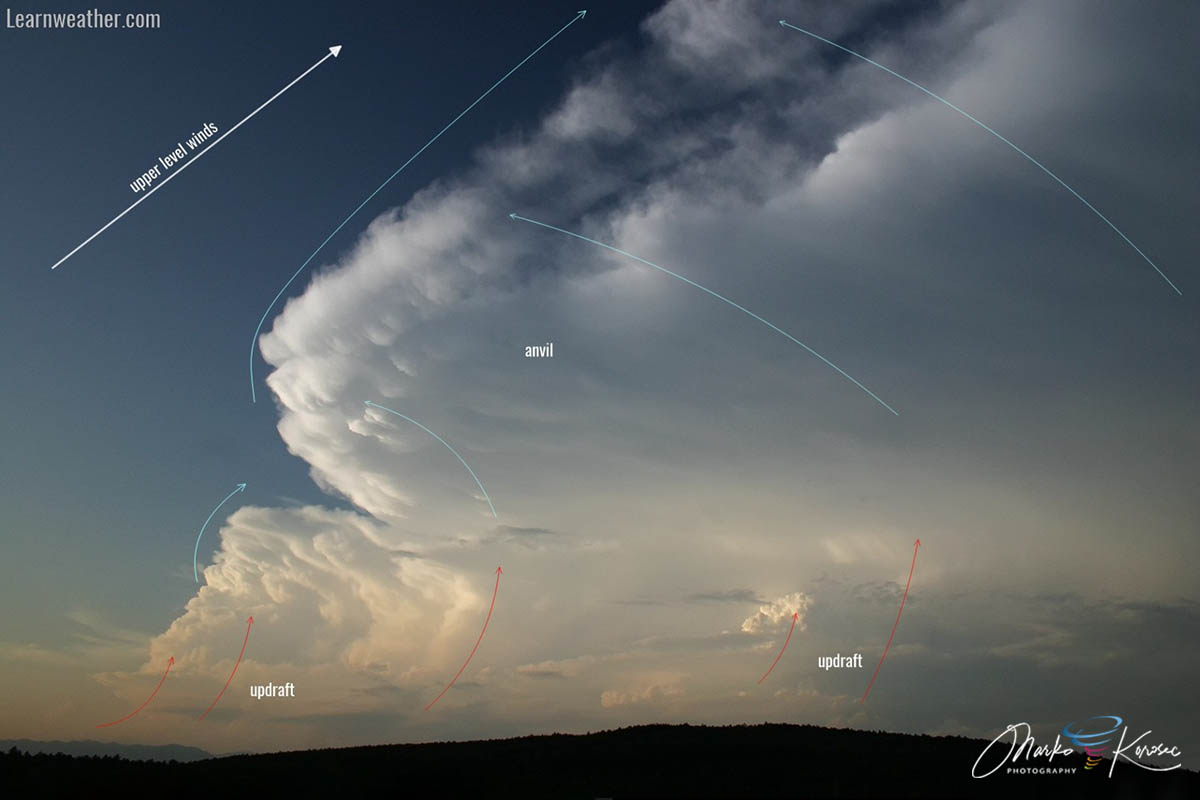 Anvil and updraft in very strong wind shear. The updraft is strongly tilted and the anvil has very little forward extent, as it is rapidly sheared downwind by strong upper-level winds. 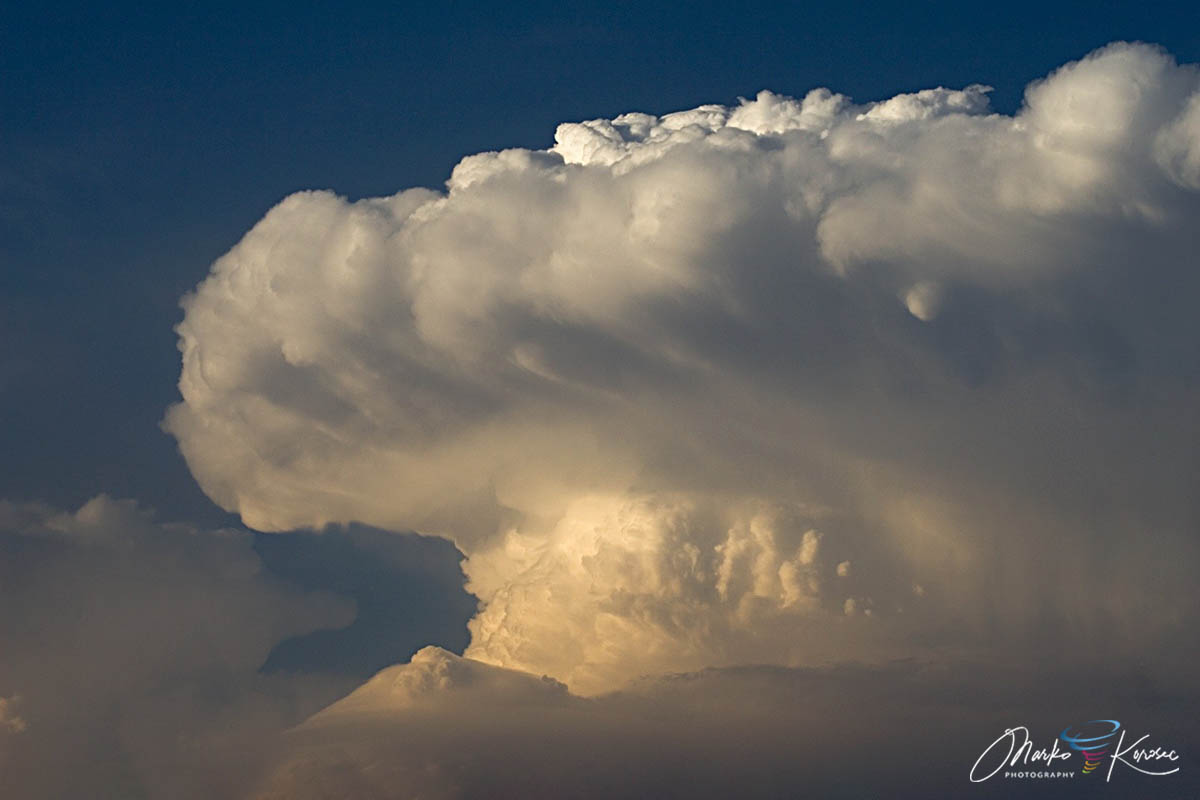