The warmer air has a lower density than colder air. This makes it buoyant, making it rise. As the air parcels are rising, the moisture this air contains begins to condense and form cumuliform clouds. Those are a result of moist convection.

This is obviously not the case. The rising warm air cools and eventually comes to the same temperature as the surrounding air. It then loses buoyancy and ceases to rise. The way in which the rising air cools is a very important factor in meteorology. 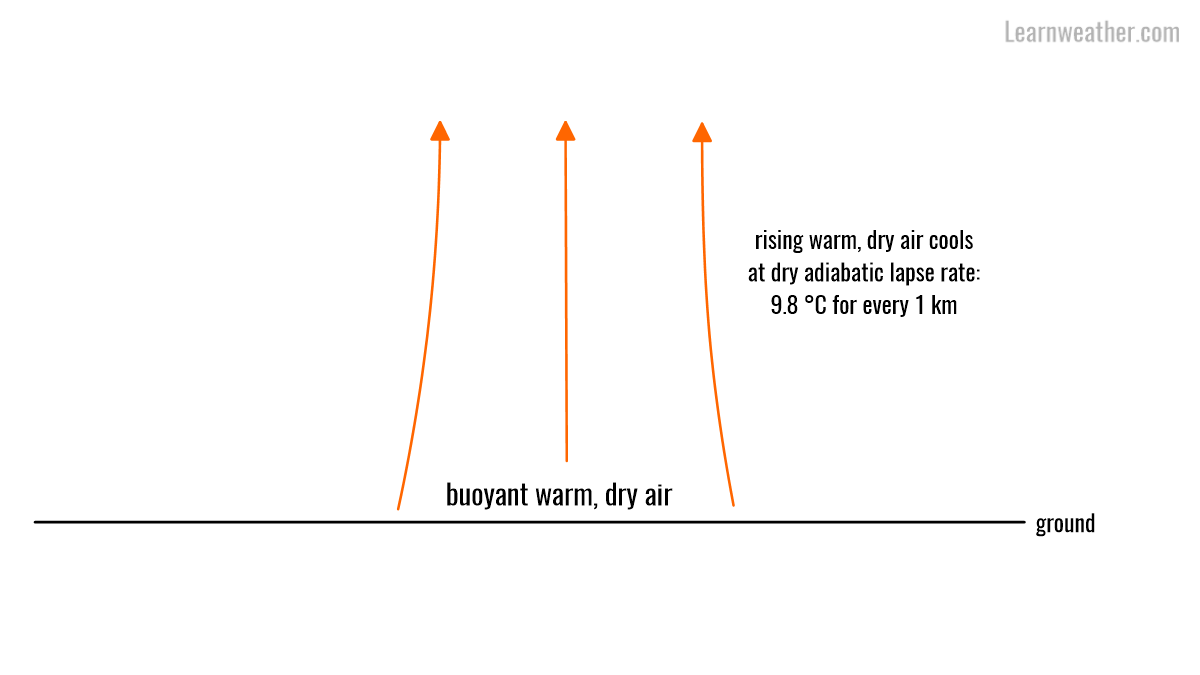 As the warm air rises it cools adiabatically. This means the air cools only due to pressure drop and expansion, the exchange of heat with the surrounding air is negligible. A rising parcel of air cools by about 10 °C (9.8 °C more precisely) for every kilometer it rises.

This value, 9.8 °C/km, is called the dry adiabatic lapse rate. This a very rapid cooling rate, causing dry air to come to the temperature of surrounding air quickly.

Warm, moist air, however, behaves somewhat differently. This difference is crucial for the formation of thunderstorms. As the parcel of warm, moist air rises it initially cools by the dry adiabatic lapse rate, i.e. it cools by about 10 °C (9.8 °C) for every km it rises.

However, as it cools, the moisture the air contains begins to condense. As you may recall, the water going from vapor to liquid (to water droplets) releases heat, warming the air. Therefore moist warm air cools less quickly than dry warm air. 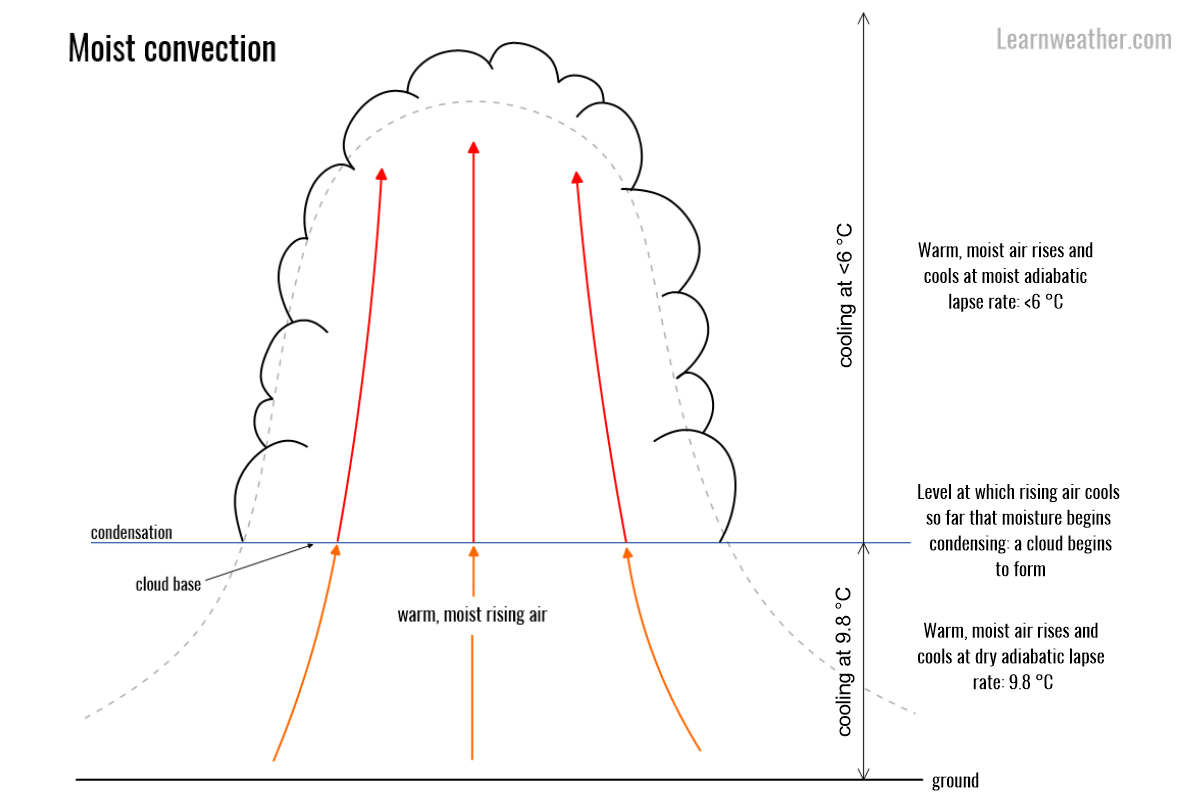 The rate at which rising moist air in which moisture has already begun condensing, cools with height is the moist adiabatic lapse rate: it cools on average by less than 6 °C (typically 5.5-6 °C) for every kilometer it rises. So rising moist air cools only about 2/3 as fast as dry air.

This allows moist warm air to rise for a much longer time and reach bigger heights. Not only that, as the moist air cools more slowly, it keeps a bigger temperature difference with the surrounding air. This makes it more buoyant and rises faster.

The height at which the moisture condenses can be seen visually; this is the height of the bases of clouds (in thunderstorms the base is usually called a rain-free base).

Recap: as the warm moist air rises and cools, the moisture condenses into water droplets, releasing latent heat and warming the air. The air, therefore, cools less rapidly than it would if it did not contain moisture. This makes moist warm air rise higher (and faster) than dry warm air. As water droplets freeze, they release additional latent heat, warming the air further.